It wasn’t raining when Noah built the ark

Dorrit Brandt, president of Finansforbundet in Nordea, reflects on how we were ready for the unforeseen - corona. That Nordea is on the right track. And that there is a need for every man! 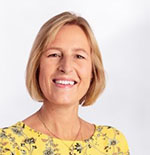 Most likely, very few of us have a direct line to heavenly powers or receive instructions from heaven. Still, something about this quote captures my attention. “It wasn’t raining when Noah built the ark”.

When Noah started working on the ark, there were no visible signs of a flood. He believed in the project and in “the man” behind it. And he finished his work in time so he was ready the day it started to rain.

The Nordea ark can float

Looking back at the past five months, we have been hit by something completely unexpected: the coronavirus. We were recommended to stay indoors at home and wait for the first wave of the pandemic to abate. And even though times were hard, and space may have been tight, we realised one positive thing: the Nordea ark can float.

With very few on the bridge and the rest working hard in their “home offices”, we succeeded in throwing lifebuoys, swim belts and other survival equipment to our customers. We could navigate, change course and at the same time keep our spirits high. We benefited from clear communication from the “bridge”; the work made sense and there was a strong sense of responsibility.

In retrospect, we can conclude that we were ready for the rain. We have spent the past few years preparing Nordea for change. Both changes that we ourselves control and changes that unexpectedly emerge. We have tested different models of the Nordea ship. Built something up – and rejected it again (read: numerous organisational changes). Not all projects have made sense, and many have been costly. But when moving in uncharted waters we do not know exactly what works. At least not beforehand.

Actually, our management is now more than ever willing to listen to us. Together we will draw conclusions based on our experience with the “flood”. We will carry on the good initiatives and we will improve initiatives that did not work so well. We are still a bit euphoric about having navigated safely through the first wave, but we should not forget that more might be looming on the horizon. The long-term effects of limited contact with other people, loneliness and distance management are not yet known.

It is also no secret that the crew on the “ark” has changed during the voyage. Efforts to make the voyage as cheap as possible have sent “men over board”. Actually, many men and women over board. It is being said that Nordea does not do rounds of layoffs, but work with cultural and lifestyle changes!

We are proud shipbuilders and possess knowhow that has enabled us to adapt, embrace new ways of working and deliver improved services and business results. Nordea has set a very ambitious target for 2022. A target that I hope can be reached through increased business volumes and not by leaving part of the crew behind on desert islands.

All hands are needed on deck

I strongly caution all of you not to be intimidated by Christer Gardell, managing director of Cevian and a major shareholder in Nordea, who has clearly said to FinansWatch that Nordea’s target for 2022 must be exceeded.

Nordea is on the right course, and an investor demanding that we raise the target further may very well mean that we will have to compromise on security, cargo or navigational chart.

“It wasn’t raining when Noah built the ark”. The forecasters expect a second wave to hit us during the autumn. Which means more rain. All hands will be needed on deck when we prepare for the next voyage.

This is not the time to tighten the “cultural and lifestyle” belts!